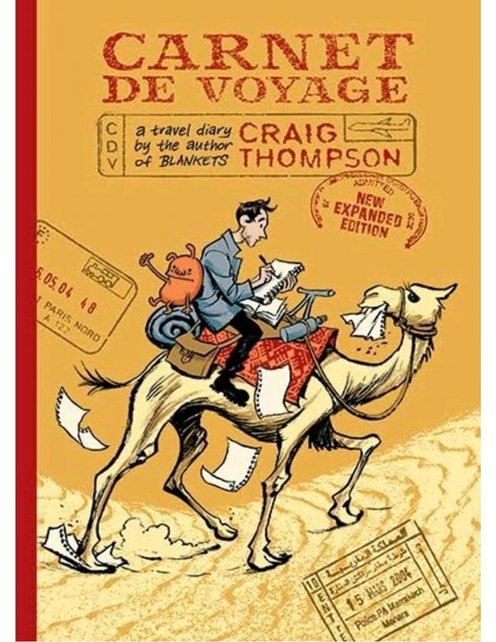 In 2004, on the back of the international success of Blankets, Craig Thompson set out on a tour across Europe and Morocco, promoting foreign editions of his book and researching his next project.
Carnet de Voyage is the gorgeous sketchbook diary of these travels. From wandering around Paris and Barcelona between events, to navigating markets in Fez and fleeing tourist traps in Marrakesh, we see glimpses of each place, rendered in Thompson's exquisite ink line.
While desert landscapes and crowded street scenes flow, the sketchbook is packed first and foremost with people - other travelers passing through, friends and lovers he meets along the way and old friends and other cartoonists that weave in and out of Thompson's life.
Carnet de Voyage is a casual yet intimate portrait of a celebrated cartoonist at a moment between his two seminal works - Blankets and Habibi.

CRAIG THOMPSON was born in Michigan in 1975. He is the writer and artist of the critically acclaimed graphic novels Blankets, Habibi, Space Dumplins, Good-bye, Chunky Rice, and Carnet de Voyage. He was awarded three Eisner awards, three Harvey awards, two Ignatz awards, and a Grammy nomination for album cover artwork on Menomena's Friend and Foe. He lives in Los Angeles with partner Sierra Hahn and cat Momo. 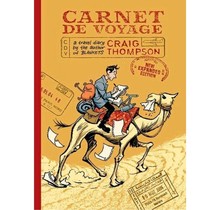